A friend contacted me the other day looking for wall art of her hometown.  “Hey, do you have any photos of Boston? I need something big-ish to put above the bed in my guest room.” (Sorry, Rachel…I paraphrased our convo)

I had recently returned from a trip to Deer Island, Massachusetts  – sunset from that location offers a striking view of the Boston skyline and the clouds did not disappoint. I had actually gone with Maddy and Japhy to time-lapse the sunset while airplanes landed and took off from nearby Logan International Airport, but I also took a few long exposure shots – one my friend was particularly interested in. 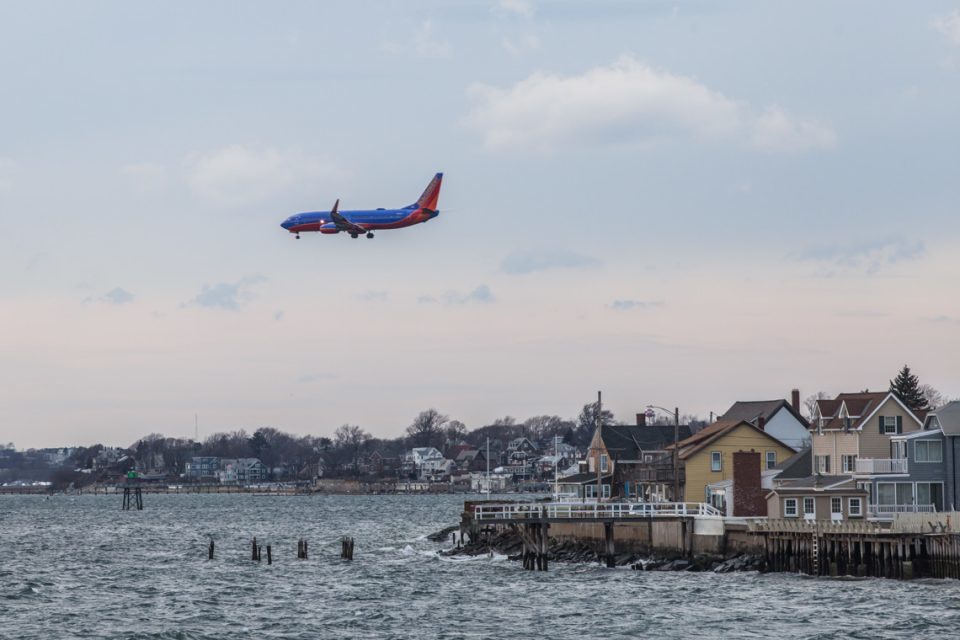 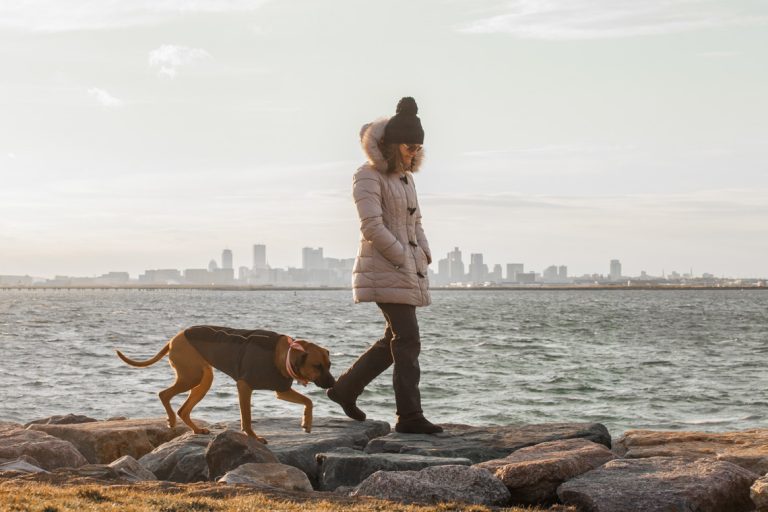 The following photo is the print Rachel wanted, but she asked if I could make it black and white while bringing out the yellow tones as well. I was excited to get to work on this “big-ish” print as it would be a good test to see how megapixels translate to inches when printing large on canvas – something I had not done larger than 16×24″ in the past. 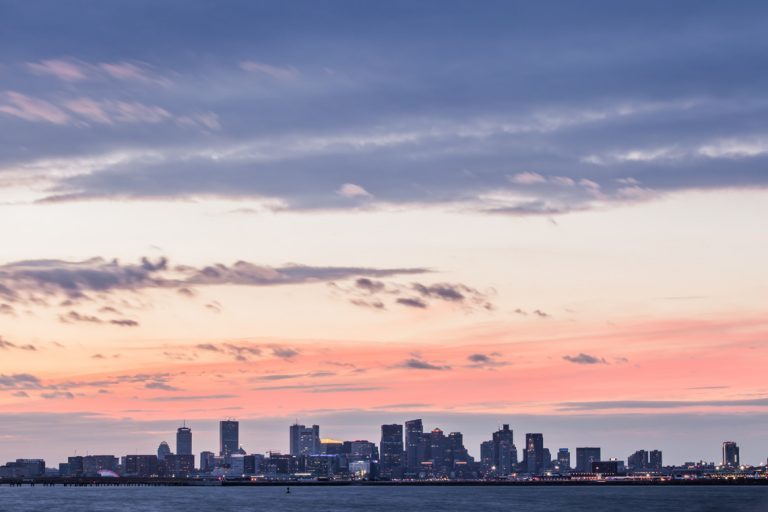 “How’s this,” I asked – half jokingly – as I sent a screenshot of my edits for her review. I typically only make minor color and tone corrections to accurately portray the scene as I saw it – or edit in just in black and white – so this was a completely foreign style to me. Never before have I exaggerated a single color so much in a print, but I was pleasantly surprised by its contemporary look. “Exactly what I had in mind,” she told me. Score! 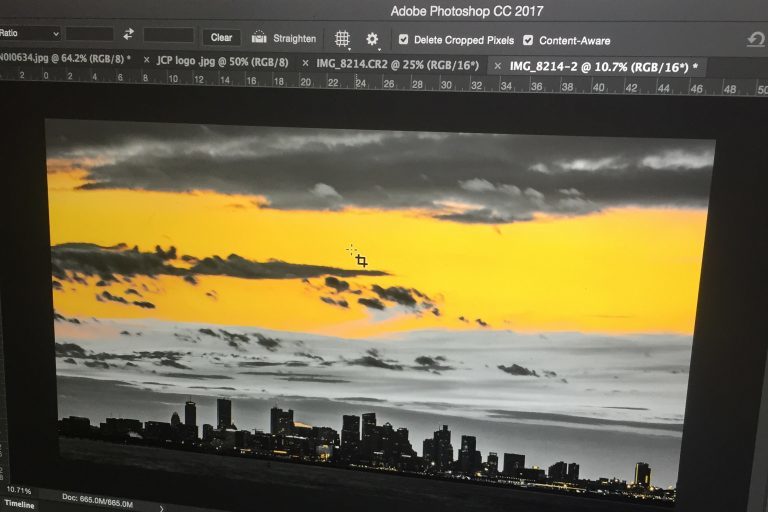 At her request, this single image was chopped into three panels, 20×30″ each (with the assistance of the ever-talented Lee Abney of Hovering Crow Photography – and became my largest print yet created. 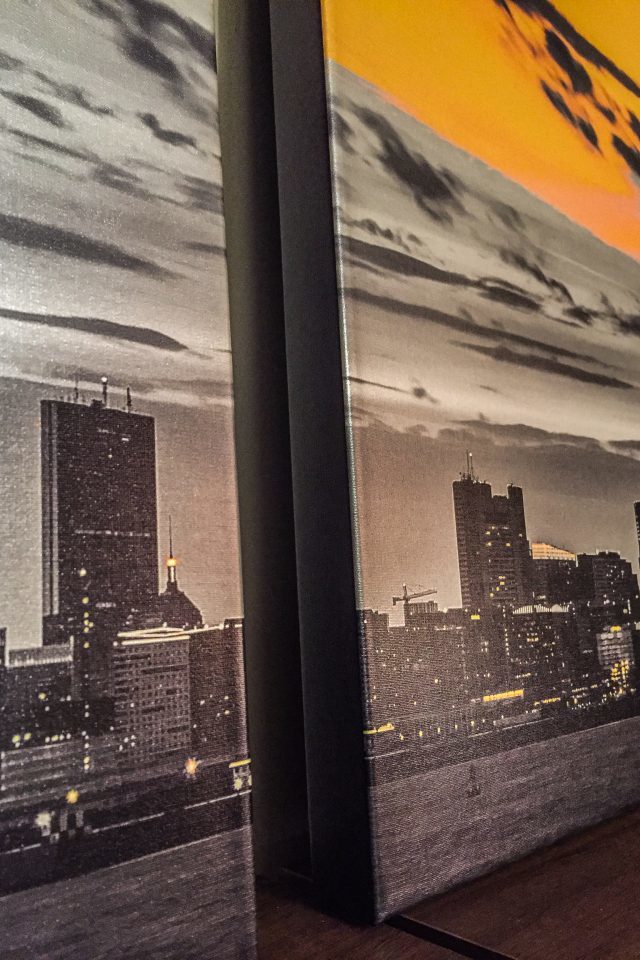 Below you can see the detail of a FedEx plane taxiing down the runway – an element  I didn’t know I had captured until I closely reviewed the photo before printing. That long, horizontal yellow line was caused by a five second exposure time. 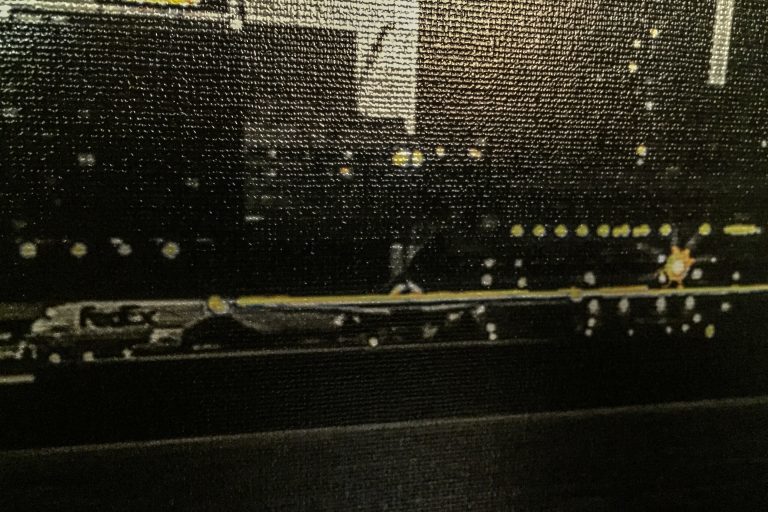 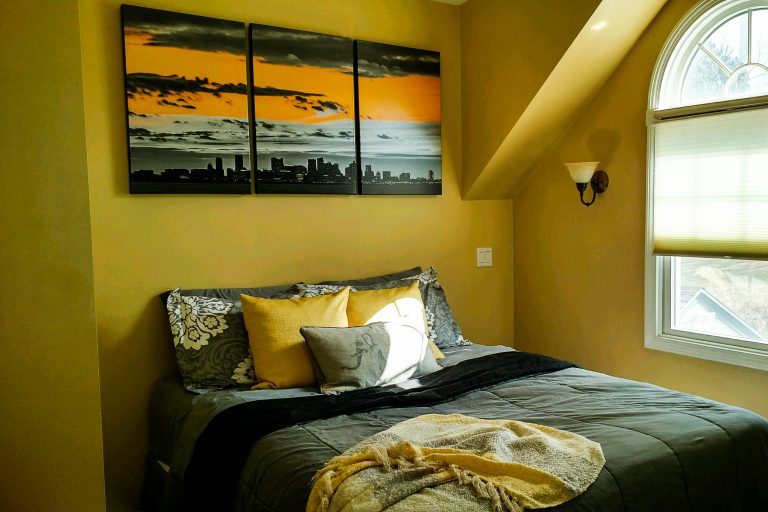 The finished product spans 20×62″ and looks great with the lighting and tones in my friend’s room. This project forced me to think outside the box and learn new editing techniques which I’ll undoubtedly use for future prints.

Interested in a print with a unique edit? Let me know your ideas and I’ll work with you until we get it right!