I had heard of sea shell beaches before, but I always associated them with distant  locations like Costa Rica’s Playa Conchal, Australia’s Shell Beach, and even Florida’s Sanibel Island. While those beaches are vast, oftentimes stretching dozens of miles with shell layers 10 or more feet deep, I was excited to stumble upon Rhode Island’s own little seashell covered beach. This ribbon of tidal zone near the northwest side of Aquidneck Island extends only a mile or so – perfect for an afternoon sunset stroll any time of year. 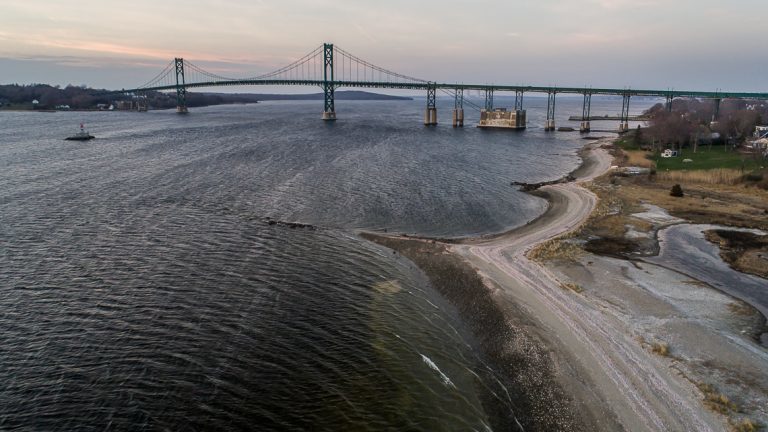 Seashell Beach (likely not its real name, but that’s what I’m calling it!) offers this striking view of  the Mount Hope Bridge and Narragansett Bay to the north. Still a little early in the spring, I only saw one sailboat sitting dormant under the bridge, but I bet a return trip during the summer would yield some great photo opportunities of many boats transiting the bay! 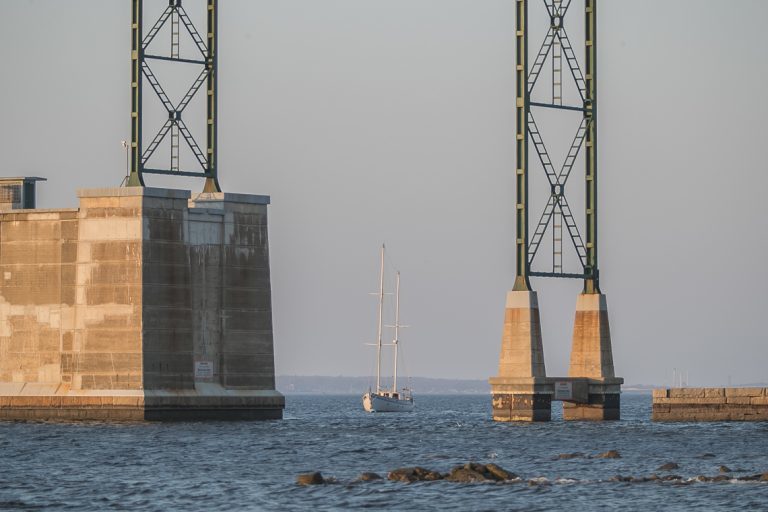 At low tide, you can explore the narrow, curved stretches of beach that would otherwise be covered by water. Here you can see Hog Island Shoal Lighthouse  to the west during a hazy afternoon. At nearly a mile off shore, this aid to navigation sits in water only about 10 feet deep and warns mariners of just one of the many hazardous shoals the Narragansett Bay is well known for. 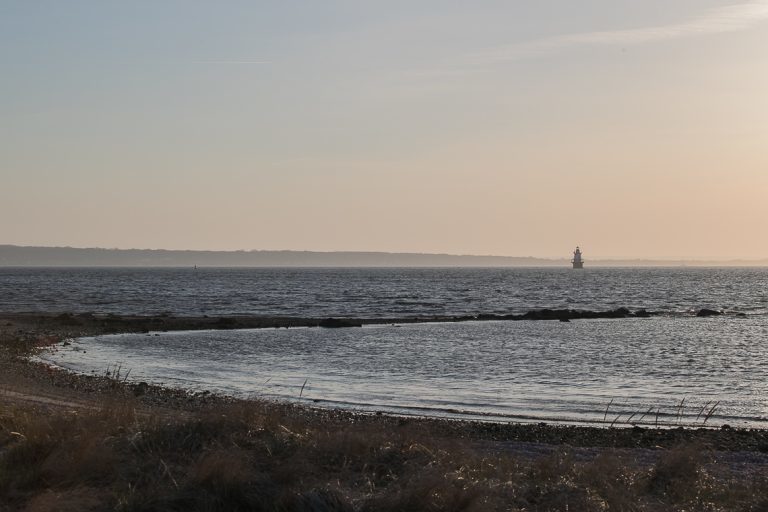 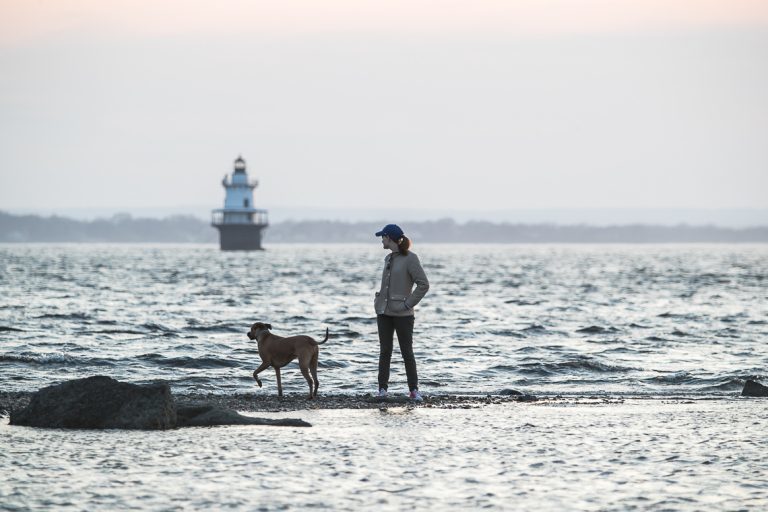 Maddy and Japhy on a low tide sandbar

While Seashell Beach isn’t 100% covered in shells, it contains an unusually large accumulation compared to many other beaches I’ve been to in Rhode Island or elsewhere. At some places, the shell layer was more than a foot thick and made walking much more difficult as I would sink with every step! 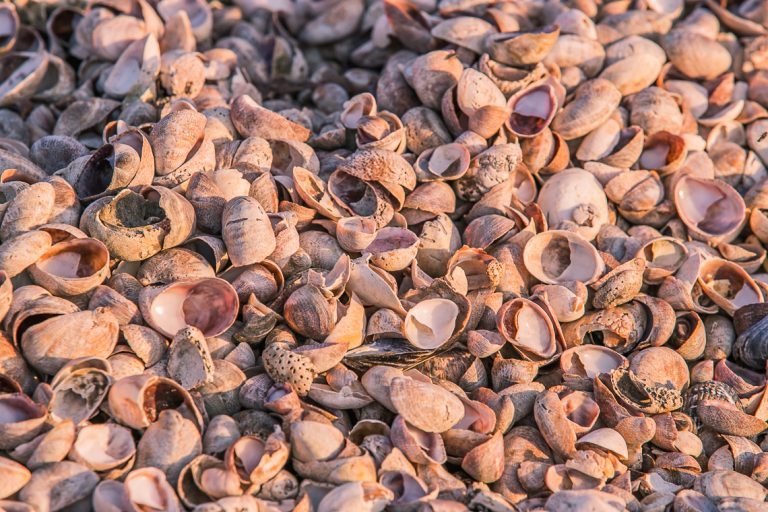 A cursory glance at Google Maps  shows Musslebed Shoals just off Seashell Beach. I’m not certain if these shells once belonged to mussles, but I do know that whatever they are, they shine beautifully during golden hour and sunset – amplifying the oranges and pinks in the sky. 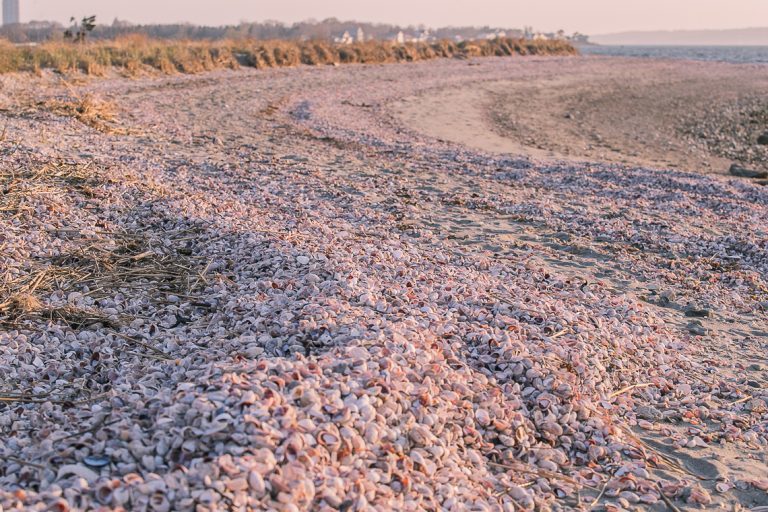 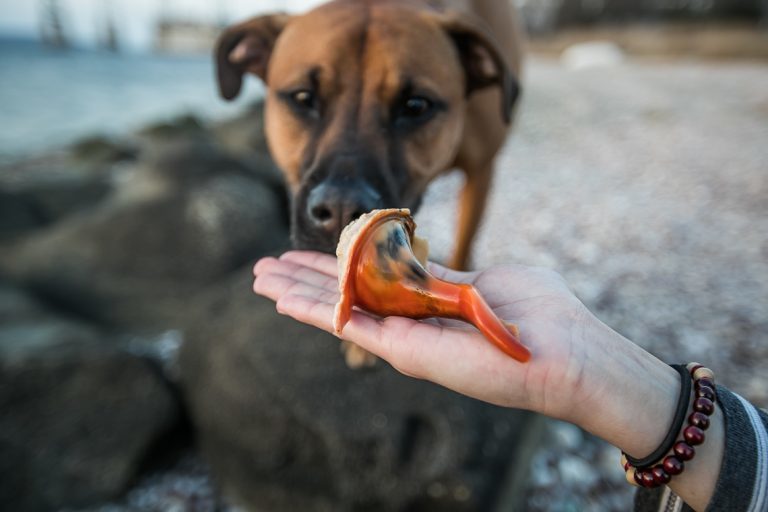 Before you go, make sure and check the local tide table. While a day trip at high tide, low tide, or anywhere in between will be a fun outing, planning ahead to be on the beach during low tide will allow for more exploration as the beach is already narrow with soggy wetlands blocking the other side. 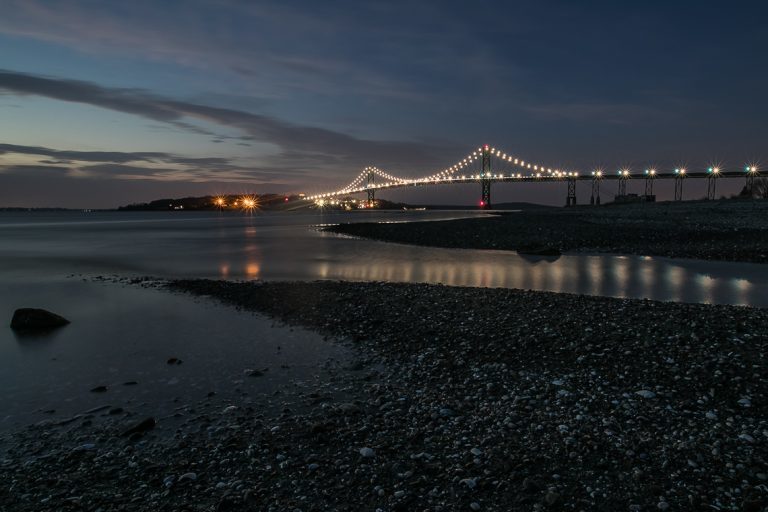