A Day of Yuri

My own photographic style has taken years to develop into what it is today and I hope with more years of experimentation and observation, it will continue to improve. One of the most influential methods I have utilized is to study another photographer’s style and try to recreate images that he or she has taken. One of my all-time favorite photographers is Ansel Adams and although I will never put myself on his level, his iconic photo of the Snake River flowing beneath the Tetons was my inspiration for this black and white image. 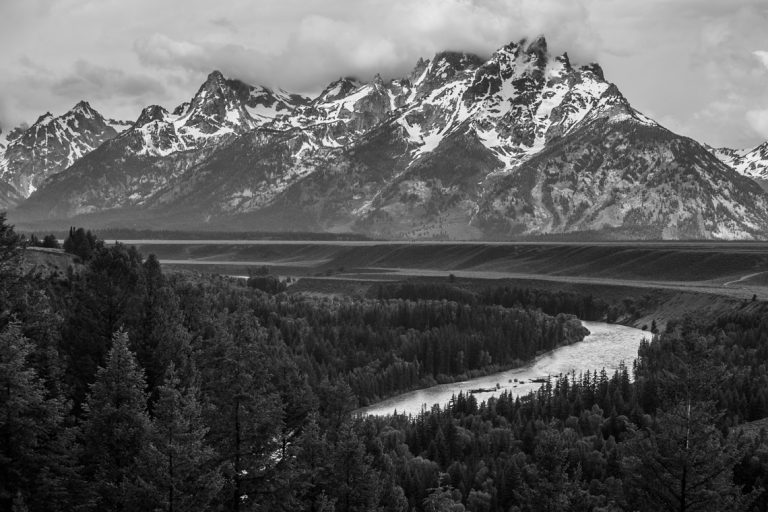 Snake River flowing beneath the Tetons on a cloudy day

Maddy and I recently explored Port McNeill and Alert Bay on the east coast of Vancouver Island, British Columbia. Both locations offered stunning landscapes where pine trees grow right up to the rocky shores – punctuated by the occasional sailboat, canoe, or sea plane. Lots of wildlife and unique historical scenes made for great photographic opportunities, too – mainly bald eagles, seals, and ‘Namgis First Nation structures. For our individual photographic styles, these were perfect locations and we filled memory cards accordingly – especially while watching a couple bald eagles take turns devouring an unlucky seagull – all while being dive-bombed by jealous ravens. 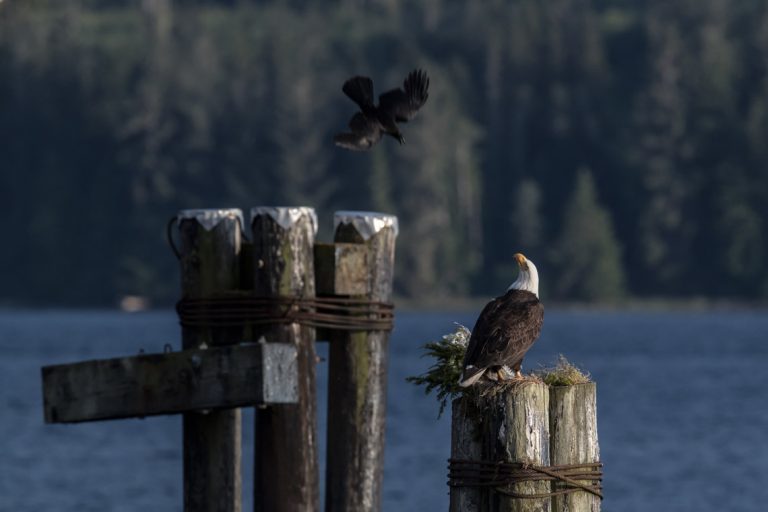 Raven diving on a bald eagle perched atop a seagull carcass

While waiting for our ferry from Port McNeill to Alert Bay, we decided to spend our time exploring the docks lined with vessels of all shapes, sizes and colors. One of the first boats we came upon was a small sailboat in desperate need of maintenance. I doubt it was seaworthy, but it was deteriorating beautifully with peeling paint, algae, and broken boards visible. This made us think of one of our Rhode Island neighbors, Yuri…not only does he build all sorts of things including sailboats (this run down one definitely could have used his skills) but he would have stopped for a few minutes to photograph interesting aspects of that particular boat. Yuri focuses on the details. Often shooting “wide open,” he accentuates certain details in his scenes using a shallow depth of field. Check out his Instagram page, Means of Seeing, and you’ll see exactly what I mean.

Yuri is a photographer whose work I admire. We have spent many nights over a beer or “three” nerding out over cameras, lenses, printmaking, and photo project ideas. He’s currently working on a series of images showing people’s hands. What is it about a photograph of hands – objects so common in everyday life – that is able to evoke an emotional response to the viewer? Hands…we shake them. We high-five them. We open and close things with them. But Yuri photographs them in a such a way that we almost feel like we know the human attached to them.

But Yuri doesn’t just photograph hands. He is drawn to leading lines, contrasting colors, textures, and symmetry. Boats in or out of the water offer so many of those aspects, and Maddy and I both thought of Yuri’s photography as we walked along the docks snapping photos. 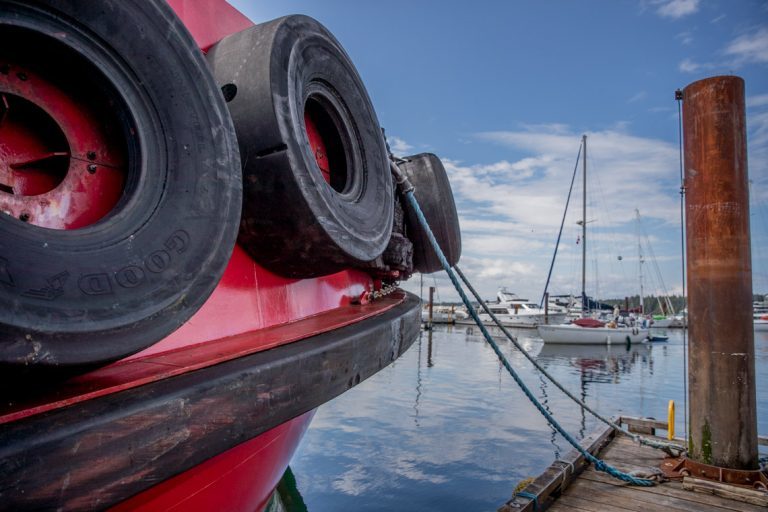 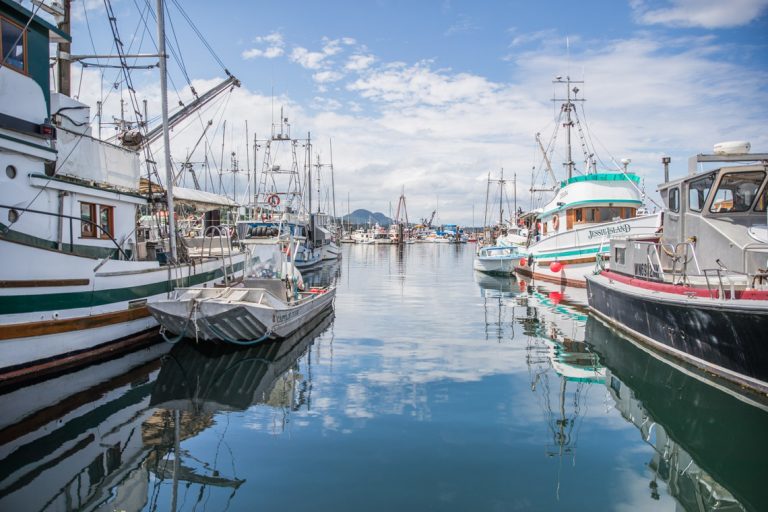 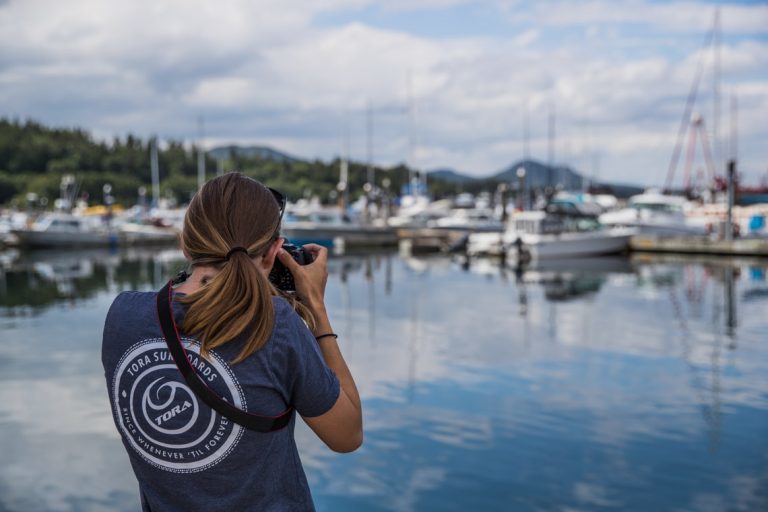 What began as a casual “Yuri would totally dig this place” conversation quickly became an inspired objective. Rather than photographing pretty, landscapish scenes of boats tied to docks, we wanted to explore our own means of seeing – this time through the perspective of Yuri as if he was there taking the photos himself. A tall order, as his style and my own are quite different. A Day of Yuri was born and we began dissecting scenes to focus on lines, textures, and symmetry. The following few photos show takes from Port McNeill where I opened my lens to f/2.8 and focused on details rather than my normal “big picture” scenes. 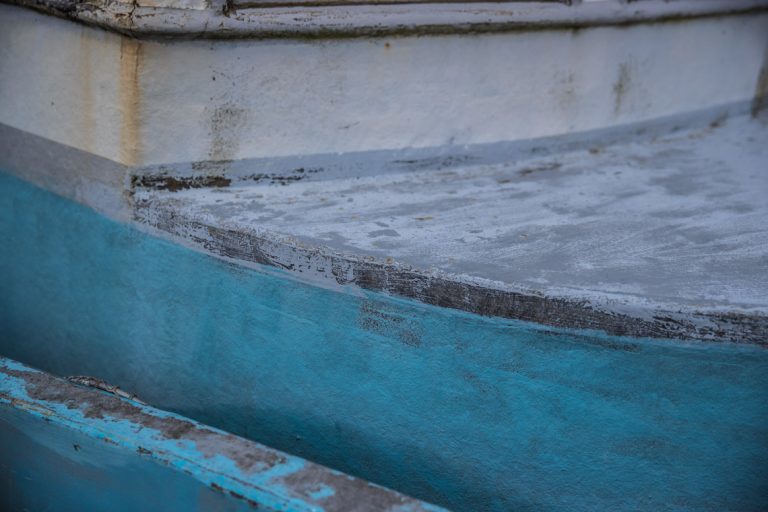 Small section of a weathered boat 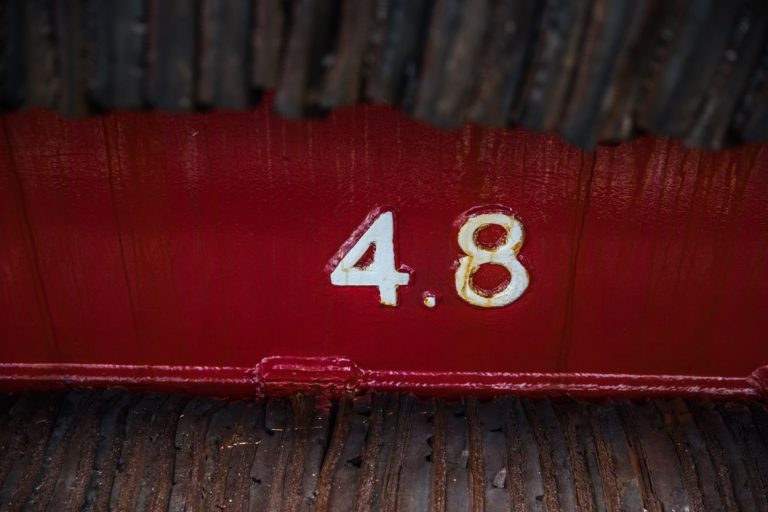 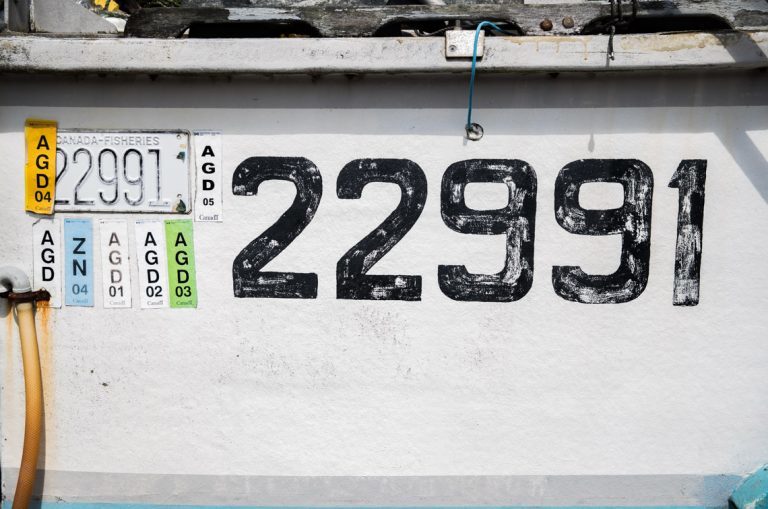 Numbers on a boat 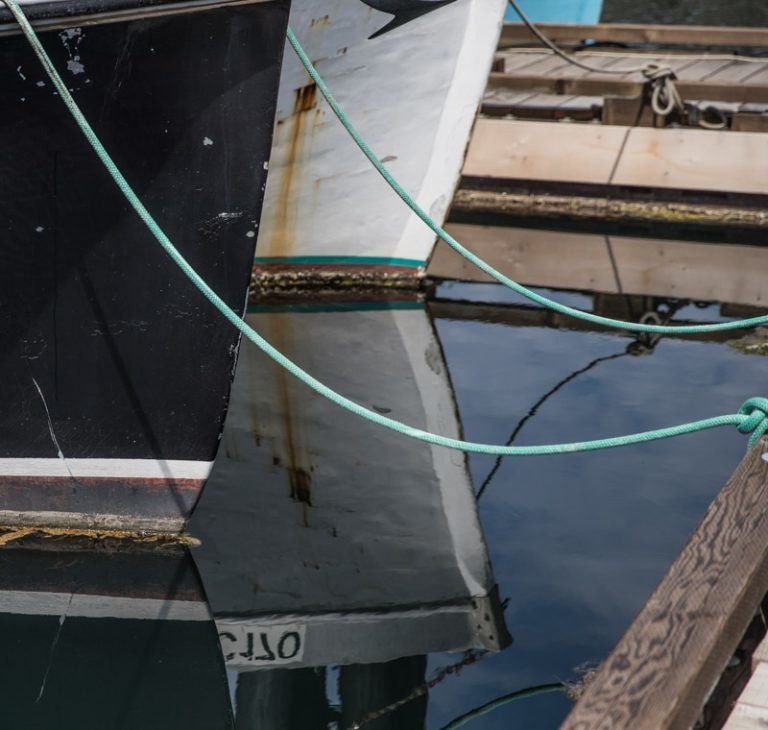 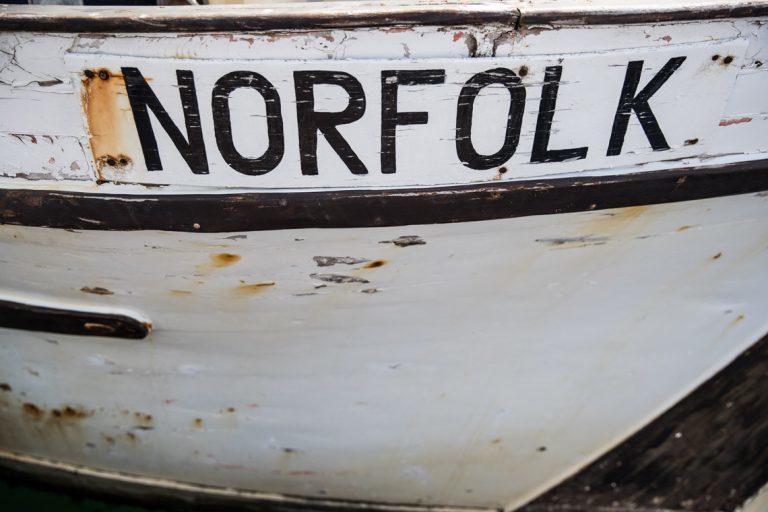 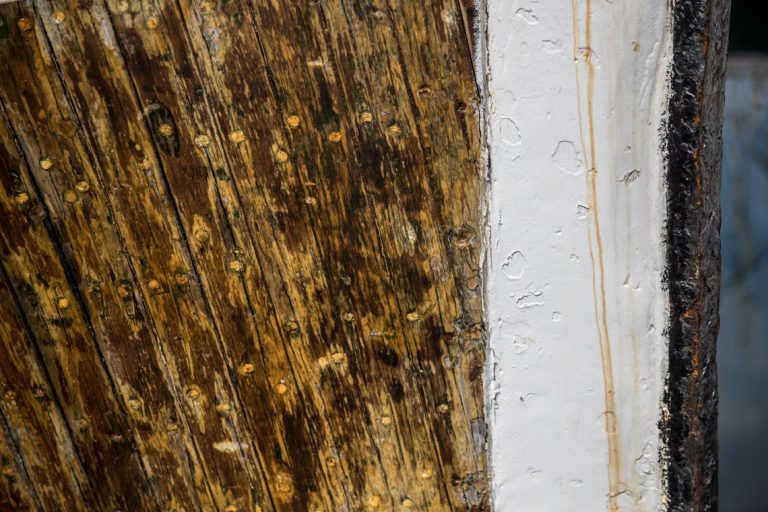 The 45 minute ferry ride to Alert Bay offered its own unique photographic opportunities. We watched seaplanes flying high above half a dozen bald eagles and countless seagulls swarming for fish. Sailboats cruised near the rocky coasts, and the landscapes were beautiful! 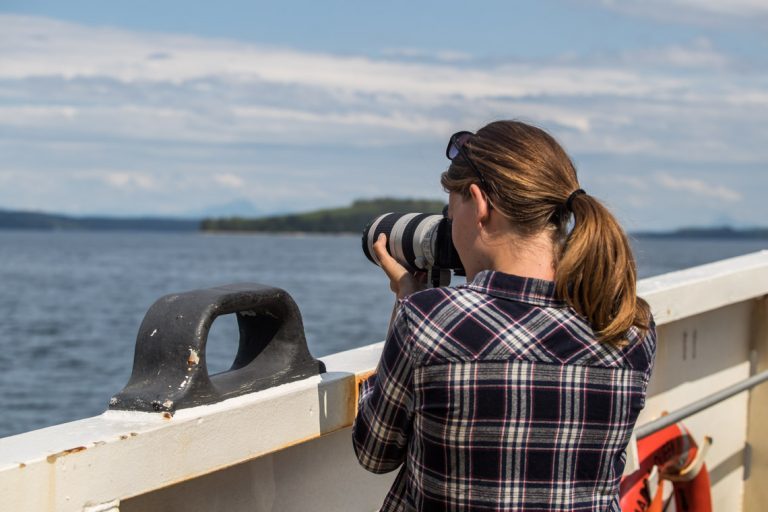 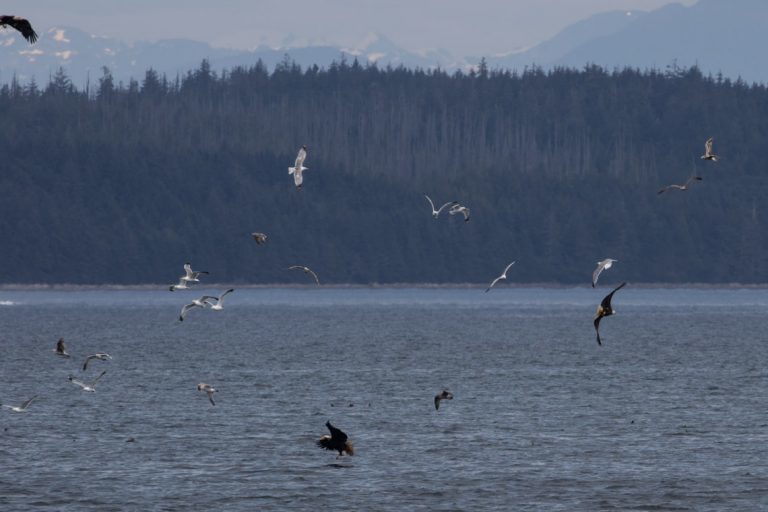 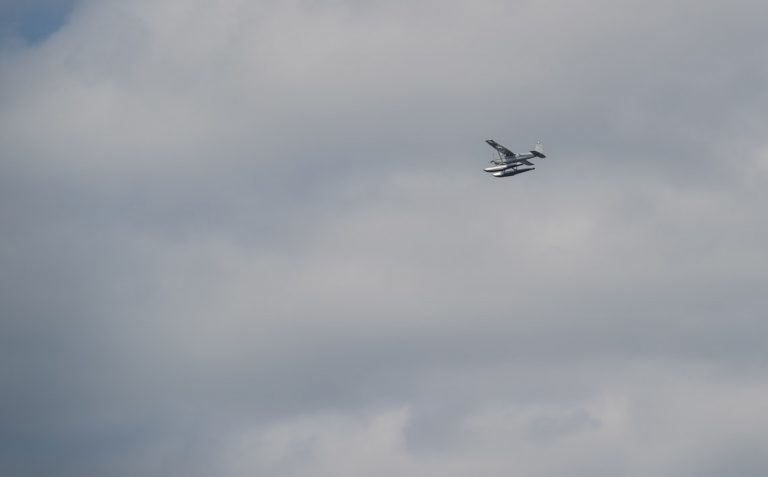 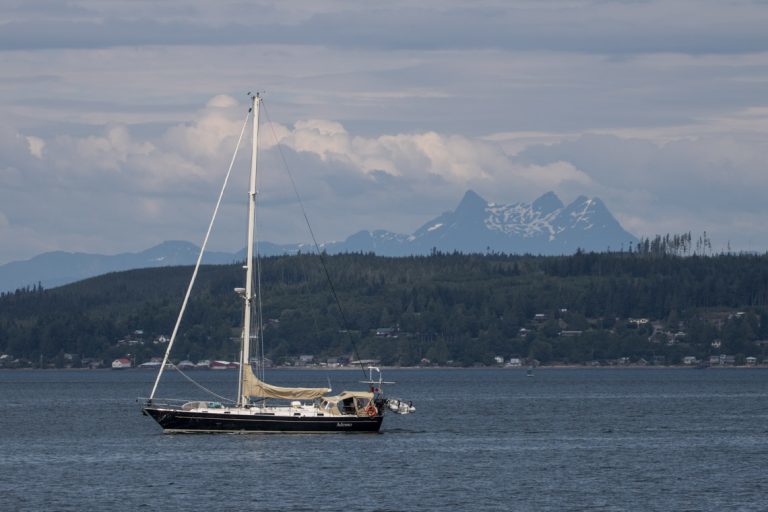 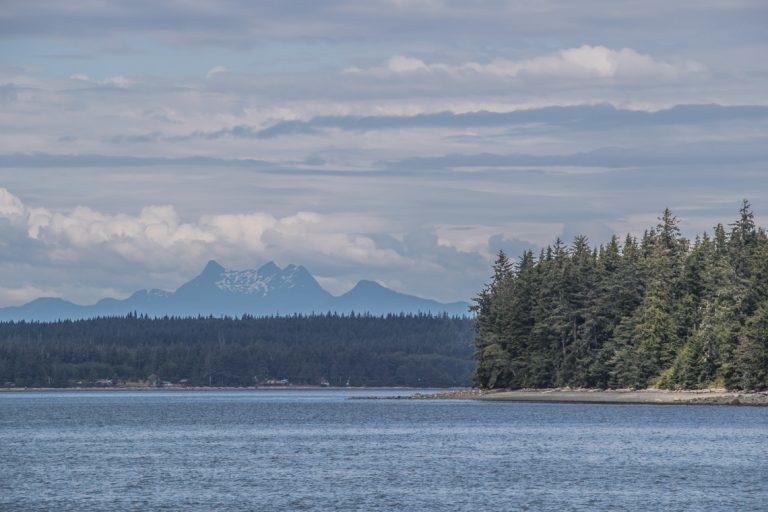 Landscape seen from the ferry to Alert Bay

Once on Alert Bay, our photo journey continued. One location in particular was my favorite to explore – a rocky beach at low tide offered some unique finds including engraved bricks and old machinery. 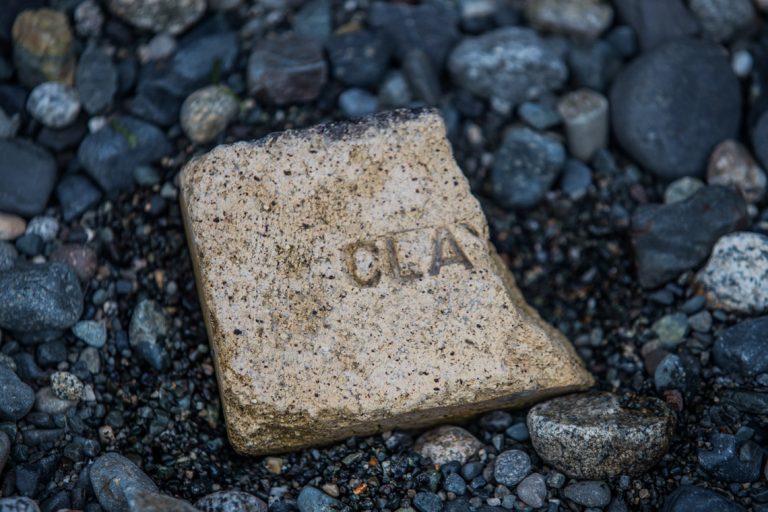 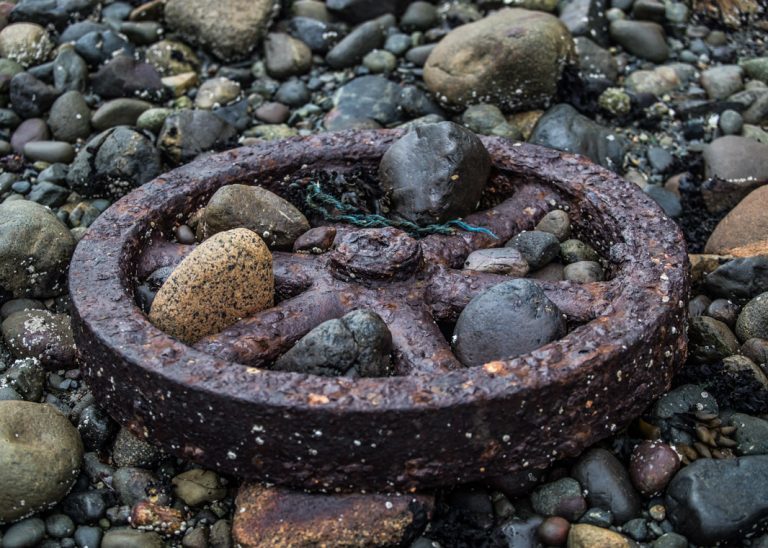 My favorite location, however, was an old restaurant called “Today’s Seafood.” It was far out on a dock, boarded up to keep curious explorers out while vegetation began to take over in the absence of humans. I was drawn to the loneliness and rustic look of the scene and would have loved to try the food and talk to the locals there, but I’m sure it has been closed for some time. Below is a photograph showing the whole scene – more true to my own style. 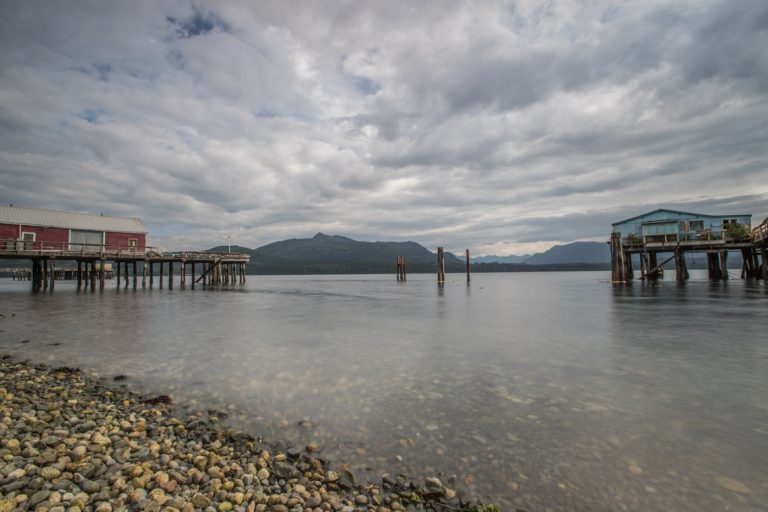 I spent quite a bit of time taking photos here from every angle imaginable. A contrasting red sailboat, “Ice 9,” motored in and moored nearby giving me the shot below. 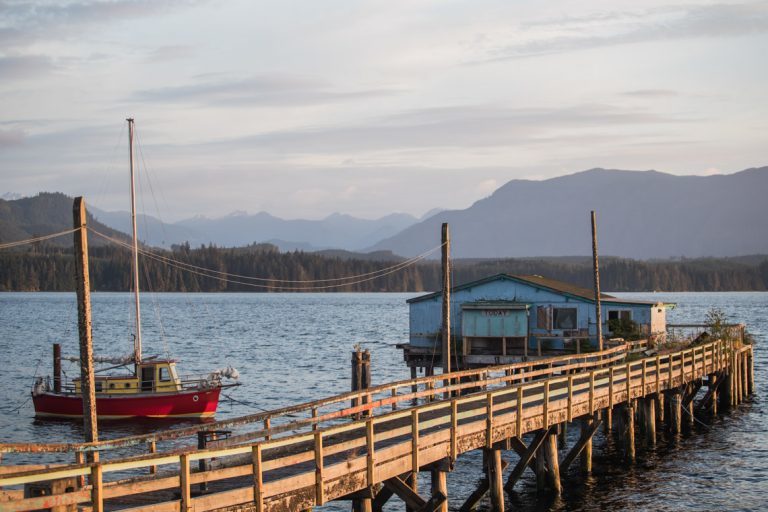 The colors, tones, and lines drew me back into a Yuri state of mind. Below is my favorite photo out of dozens I took of that blue building. I focused solely on a few details rather than the whole scene and as I aligned my shot, I had this one of Yuri’s in mind. 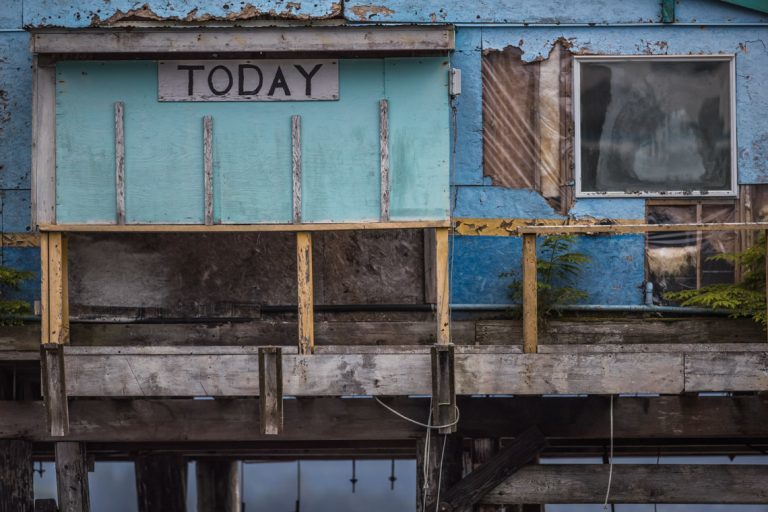 As photographers, scenes are different to each of us. Similarly, images remind of us of our own unique experiences and can in no way be completely recreated. I cannot actually get in the mindset of Ansel or Yuri the moment I click my shutter. What they saw and felt at that precise moment can never be fully depicted in a photograph – but those photographs still make us feel as we pour through their archives and social media feeds. I have found great value in studying the work of other photographers to develop my own ability to tell stories. Through my own images, I can only hope to similarly inspire others.