Moose Morning and Other Neat Stuff

I’ve been to Grand Teton National Park four times now…each trip with a different goal in mind. The first time was for climbing which didn’t go as planned, but was still an epic outing to the alpine. The second was a bit of a rushed photography trip where we saw some wildlife, but we also saw lots of rain and lightning. The third trip was just a stop off en route to somewhere else – an overnight stay with a view. This time my purpose was to find a moose. I’ve seen and photographed lots of different wildlife over the years, but the last time I saw a moose was 15 years ago – and I had never before photographed one.

Moose are awesome, especially this time of year when the bulls are battling over a cow’s affection and gene pool. The leaves change colors and the air is crisp – or in this morning’s case, 19 degrees Fahrenheit when I rolled out of my ice-caked Roofnest. The night prior was windy with clouds and snow but the following morning’s forecast was clear. Thankfully the wind was nowhere to be found.

A 10 minute drive from my National Forest campsite took me to Mormon Row where you can find a couple old and incredibly picturesque barns. Having focused more on the John Moulton Barn two trips ago (rain/lightning visit), I decided to chase the early morning light at T. A. Moulton Barn. Cold, clear skies and a good coat of snow on the mountains yielded a perfect alpenglow background for the barn. I imagine the Moultons must have spent many mornings admiring the same sight I was photographing. 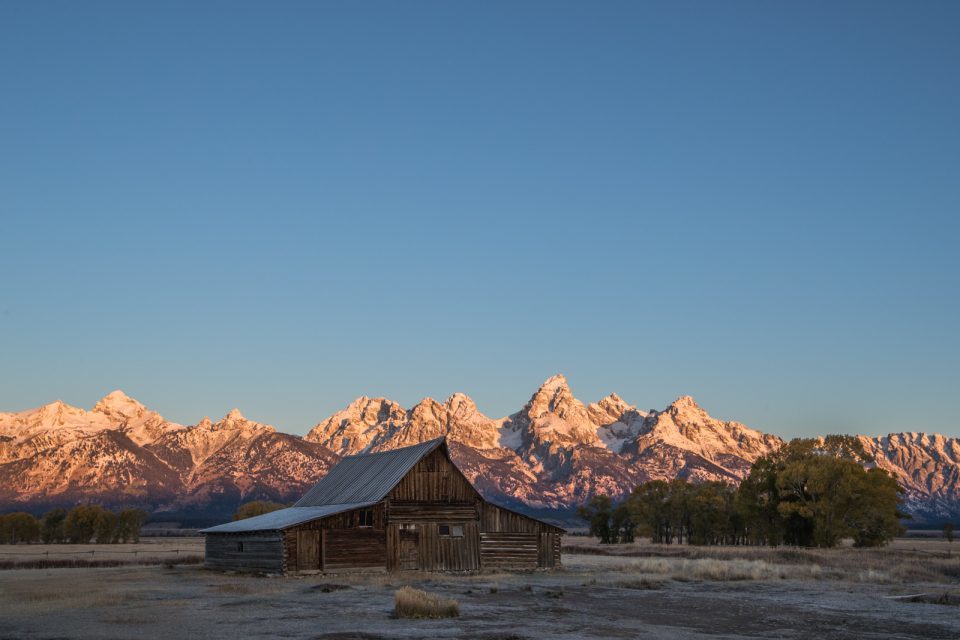 T. A. Moulton Barn with Tetons in alpenglow

After alpenglow surrendered to the first sun rays from the East, I drove around Antelope Flats and did, in fact, see quite a few pronghorn antelope. Shooting into the sun, I was able to capture a group silhouetted in the golden grass. 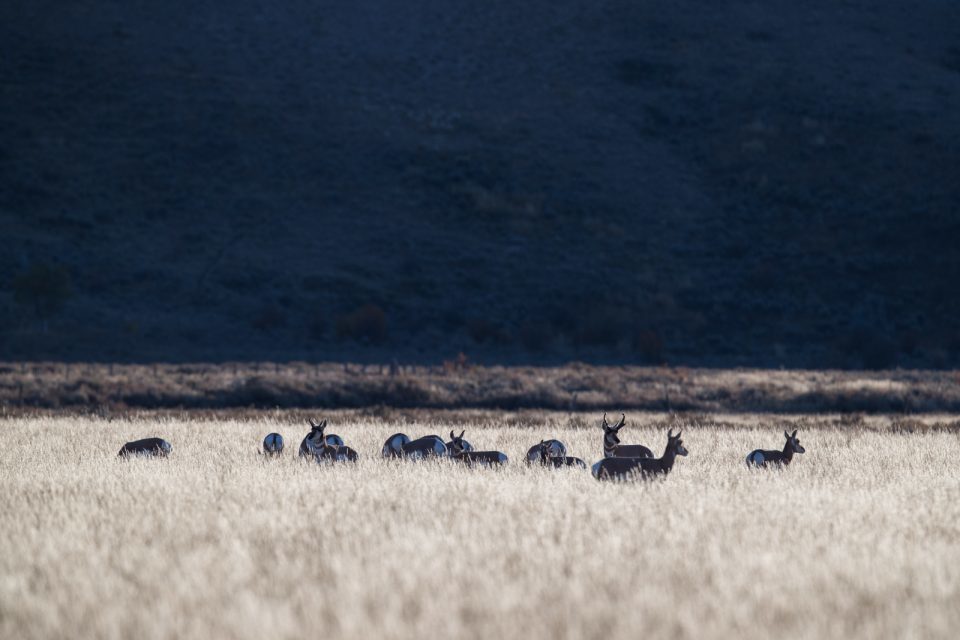 I also spotted a lone bull elk running across the flats. He never stopped long enough for a great photo, but I knew the wild things were out and about. I was feeling good about finding that moose! 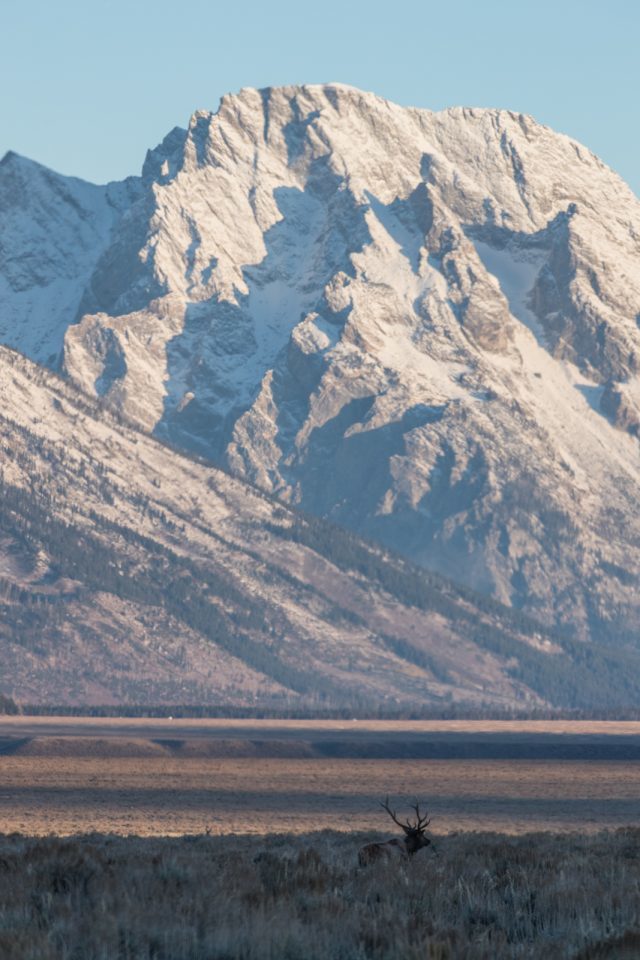 During my last visit to the park a couple weeks ago, I saw a truck pulled over and a man standing just off the highway photographing this same scene. We chatted for a bit – I found out he is a professional photographer based out of Denver and is very familiar with the Tetons. I told Randy I was in search of moose and had been thwarted by them for a couple years of searching through prime moose territory – to include a cross-Canada road trip and numerous stops in places like Maine, New Hampshire, and Vermont. He pointed me toward the Gros Ventre Campground just down the road where he had seen plenty of moose on different occasions. I thanked him and headed there, but was unlucky once again…that time.

After sunrise, I headed straight to Gros Ventre and popped in the camp headquarters to inquire about recent moose sightings. Last time I was there, the staff said I missed a big bull by about an hour. “He was right there,” a man said excitedly as he pointed across the parking lot,” and he was booking it that way…fast!” he said pointing through the trees and across the Gros Ventre River. This time I was disheartened to hear there had been no moose reports that morning, but I could take a lap and check for myself. I barely got into the campsite before spotting a cow munching on a frosty breakfast. “Moose, moose, MOOSE!” I think I yelled as I abruptly parked my car and hopped out…finally! 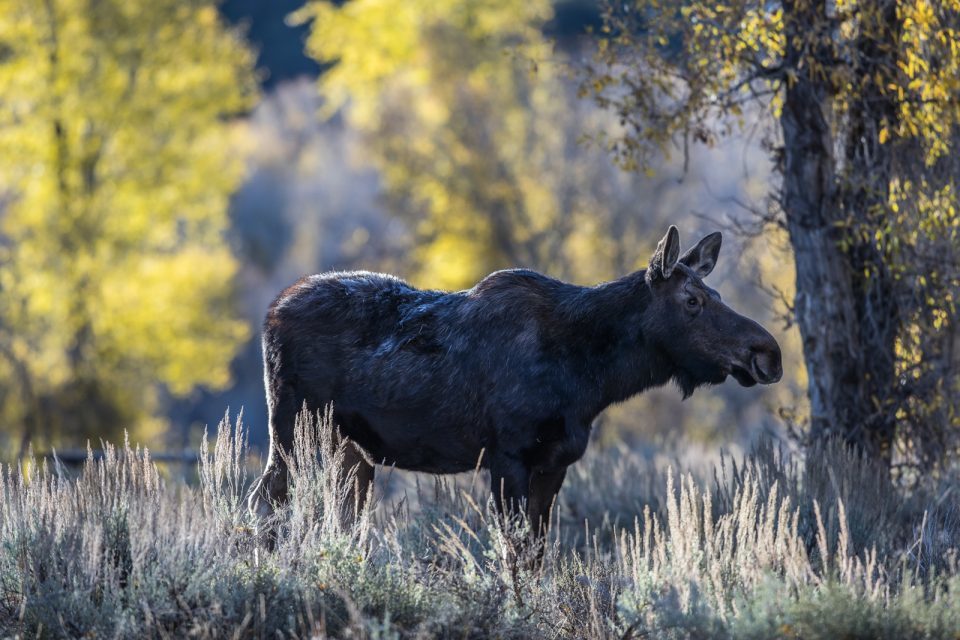 My first moose in 15 years!

After snapping a few photos, I could hear the unmistakable sound of antlers crashing in the distance. The bulls must be close! A dozen other camera-wielders were converging on a thick stand of trees by the river so I knew I was in the right place. With temperatures hovering in the teens, the huge animals’ breath clouded around their locked antlers as they struggled through the trees. Usually two bulls would fight for a while and as soon as one was tired, the third would take his place. At one time, all three were locked together! 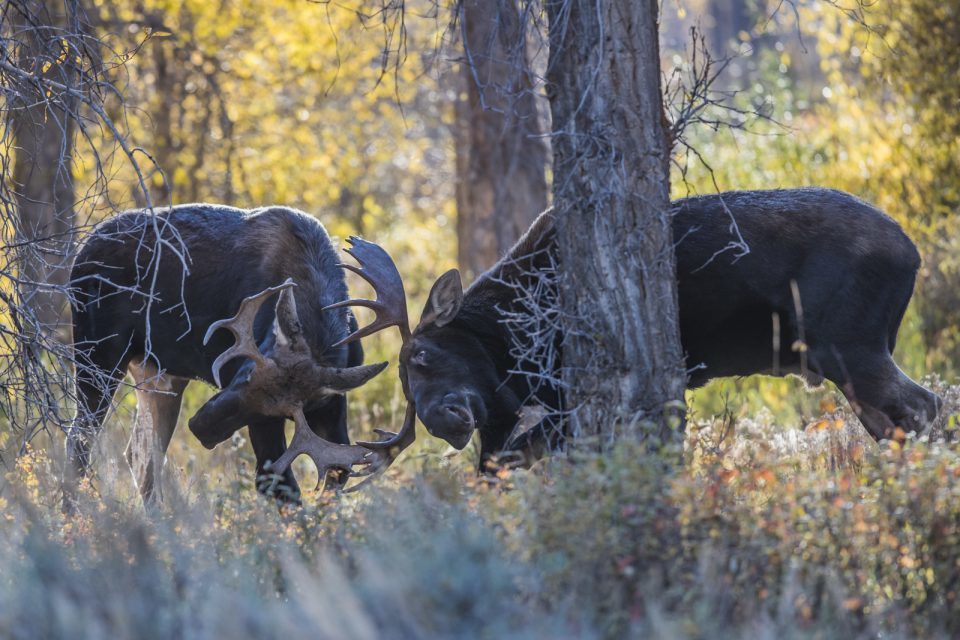 Two bulls fighting through the trees

That’s my moose story. Short and sweet and…finally. I’ll leave you with this question to ponder and comment…what do you call more than one moose?! Get creative, folks. 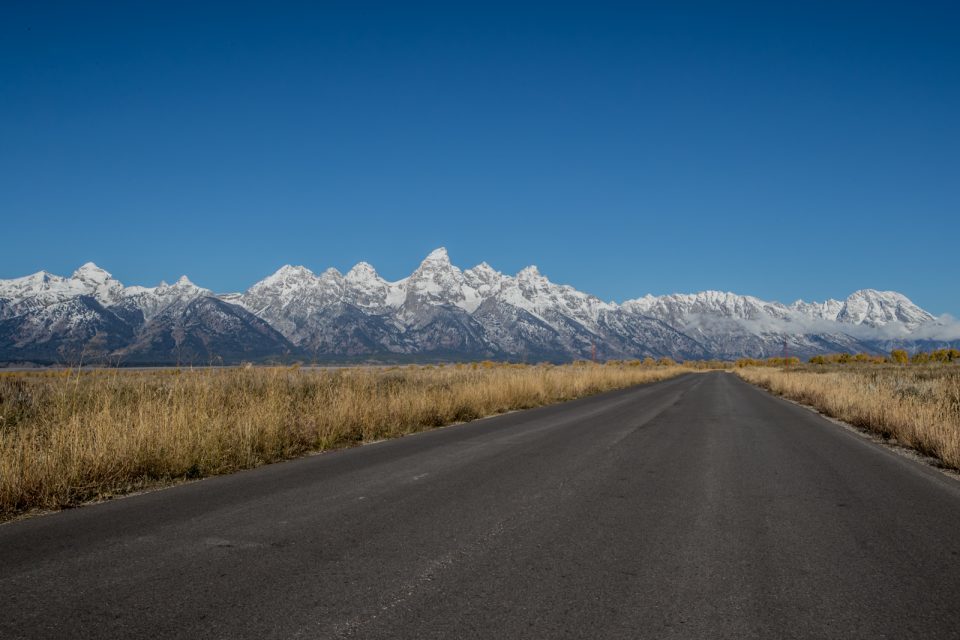 My kind of road